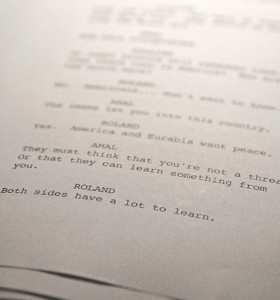 Check out this great article from Studio System News: "In all the years spent dreaming of becoming a screenwriter, the path to success was clear: Finish the script. Get an agent. Sell it. Cash six-figure check. Bask in glory. It seemed simple enough. But, in the course of finishing your script—and editing, rewriting and polishing it—you, along with all serious, professional writers, have come to learn one additional truth: No matter how brilliant your script is, no matter how original and compelling the story, no matter how much writing talent leaps off the page, the work is far from finished. You still need a way into the business.

Breaking in as a screenwriter is difficult. But it’s not impossible. Assuming you’ve got genuine talent, there are many ways for aspiring screenwriters to get their work in front of the right people. What follows is a snapshot of some of the tried-and-true paths into the industry."

WORKSHOPS
Intense workshops—from a few hours to several days—can offer a writer inspiration and valuable insight from an industry expert and may just breathe new life into a struggling script or cure a case of writer’s block. (Click the link above for a shortlist of premier screenwriting workshops)

CONTESTS
Screenwriting contests are excellent avenues to get work acknowledged but few have been known to launch careers. With a dizzying array of contests to choose from, writers must be sure to target only those competitions that: A) accepts the type of story or genre that they’ve written and B) has the direct involvement of agents, managers, producers or studios, in other words, the parties that truly matter in a screenwriter’s career.
Otherwise, a contest may not be worth the time or entrance fee. Though entry rules vary, screenwriting contests generally are for writers with an original feature-length screenplay (90 to 120 pages) who have not made more than $5,000 for their writing. (Click the link above for a shortlist of prestigious screenwriting contests)

SCREENPLAY EVALUATION SERVICES
Script evaluation services, or script coverage services, are another way for writers to get their screenplays in the hands of insiders and to get valuable feedback.
When considering using a service, writers should ask for referrals and do their homework to ensure that the company has a well-established reputation and positive testimonials. Also confirm that the service only uses readers active and experienced in the film industry so that their feedback is truly relevant and well-informed. (Click the link above for a shortlist of script coverage services)

Where are the Women Directors?

Fandor, a streaming movie service with a huge library of global independent films, has put together an infographic on the lack of women directors working within the Hollywood system.

Variety: 'Brazil is about to have its blazing moment in the sun' | Variety: 'Brasil está prestes a conquistar seu lugar ao sol' 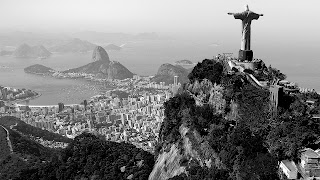 From the point of view of world sports, Brazil is about to have its blazing moment in the sun. Will this period of high visibility also extend to other sectors of its culture?

Andre Sturm, prexy of film promotion agency Cinema do Brasil, thinks it will. “As Brazil hosts the soccer World Cup next year and the Olympic Games in three years, there’s also tremendous interest in Brazilian cinema,” he says.

Brazilian cinema has the highest domestic box office share of any Latin American country — 13% on average since 2001, with 18% forecast in 2013 and producers targeting 25% to 30% in two years.

The news was unveiled on Saturday at Cannes by Sergio Sa Leitao, Rio de Janeiro’s secretary of culture and CEO of Rio City film fund RioFilme. The Polo (literally, “hub”) will be built on land owned by the city in Barra de Tijuca, an Atlantic Ocean-set suburb south west of the capital.

The Polo will cover at least 300,000 sq. ft, 40% of which will be occupied by 14 soundstages, Sa Leitao said. The Polo will also house production, post-production suites and offices.

RioFilme will launch a call for proposals around the beginning of July, he added. The winning applicant or consortium, which can include both a constructor and studio operator, must have the studio open by June 2016, in time for the Olympic Games The aim, however, is to progressively open facilities before that date.