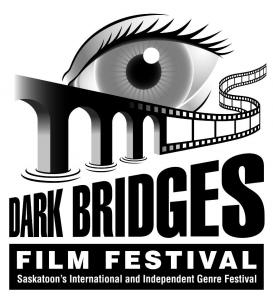 My film STUFFED is one of the 25 shorts officially selected to the 3rd Dark Bridges Film Festival, a premiere showcase of cool independent and foreign genre films that will take place from today to 6th in Saskatoon, Canada.

My short film will precede the screening of the Australian noir award-winning feature Crawl tomorrow night, 7pm, at The Broadway Theatre.

Don't miss as well the fun and quirky black comedy Some Guy Who Kills People, directed by my dear mentor Jack Perez (The Big Empty), on Sat (5th), 2:30pm, at the same venue.

Congrats to the Dark Bridges' founder John Allison and all the team that is making that great festival happen! Thank you!
by Unknown às 11:52 AM