My short Synergy screened in BHLife in March! 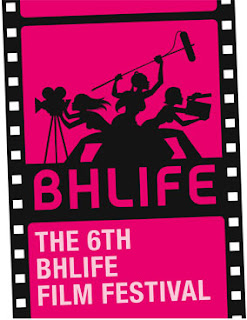 According to BHLIFE's founders, the festival is "a celebration of Latinas, their voices and their visions. The mission of the festival is to build a network of Latina Filmmakers that will draw attention to the growing number of Latinas working behind the camera. The films of these Latinas constitute a body of work that acts as a powerful statement against the stereotypical portrayals of Latinas on screen."