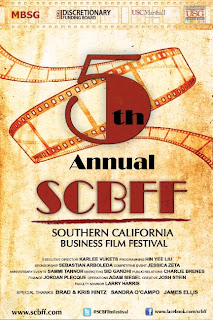 I'm very proud to announce that my short film STUFFED has been selected to the 5th Southern California Business Film Festival, that will take place next week -- from Feb. 27th to Mar. 4th -- in USC's campus, Los Angeles.

STUFFED is in consideration for the Competitive event, which will grant awards in the following categories:

Fingers crossed for the amazing talents that were part of this cast and crew to be awarded the prizes above mentioned.

The Awards Ceremony is scheduled for Sunday (03/04), in USC's Campus Center Ballroom, at 1:30pm. I assume general admission is free.

I'll keep you posted though! Yay! Let's celebrate!
by Unknown às 6:31 AM